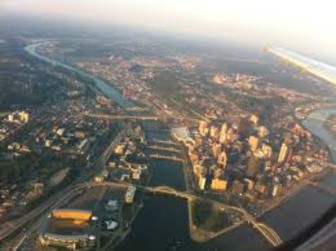 "This was a very emotional moment for me," Andrea Frazier tells WDRB.

Frazier's 12-year-old daughter, Morgan, has a disability, and the city of Charlestown, Ind., is getting a new playground to make it easier for her and other children with disabilities.

The current equipment at Greenway Park has been in place since 2002, but it hasn't been updated since, and a $150,000 grant from the Community Foundation of Southern Indiana will go a long way toward making that happen.

The project, called Greenway Glow Up, will include a safe rubber flooring, plastic protective edging, inclusive spinner, a ramp with safety rails, and much more.

"We all probably have a childhood memory of playing on a playground or being with our friends, but sometimes that's not a reality for all kids," Frazier tells WDRB. Read the Entire Article